The original Dominican church in Ząbkowice Śląskie was built around the year 1280, after the Dominican monks had moved into the town from the nearby Przyłęk. The first mention of the church can be found in sources from 1302. In 1428, the church and the monastery were burned down by Hussites, and extensively reconstructed in 1515. The temple received its current shape and character in the 18th Century when it was rebuilt after an earthquake and fire. In 1815, the church was taken over by Protestants. In 1946, it was given to the Franciscan Sisters of the Blessed Sacraments who had moved to Ząbkowice Śląskie from Lvov. 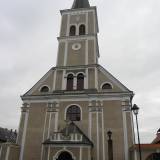 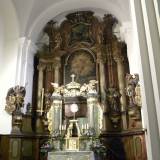 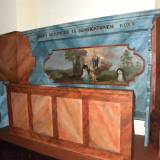